"I am inspired by light, shadow, textures, colors, shapes, movement, patterns and veils... All of these elements are gifts of nature's delicate, mysterious, and powerful influence in our lives, our consciousness, and our human evolution." ~Laurie Culling

Laurie received a "2002 Phoenix Award in Visual Arts" in recognition of artistic achievement and contributions of over 25 years to the Lawrence arts community. Her work has been exhibited extensively in solo, group and juried shows, and she has received numerous awards. She has traveled widely in Europe, Japan, the U.S. and has lived in West Germany and West Virginia, where she had several one-woman shows. Laurie is active in the arts community and has served in many leadership positions. She has called Lawrence home since 1970. 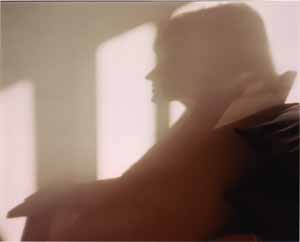 “I had three chairs in my house: one for solitude, two for friendship, three for society.”  ~Nancye Green

“Without art, the crudeness of reality would make the world unbearable.” ~George Bernard Shaw

"The task of the artist is to see more keenly than others the harmony of the world, the beauty and the outrage of what [wo}man has done to it, and poignantly, to let people know. Art warms even an icy and depressed heart, opening it to lofty, personal experience. By means of art we are sometimes sent dimly, briefly, revelations unattainable by reason, like that little mirror in the fairly tales. Look into it and you will see not yourself, but for a moment, that which passes understand-ing, a realm to which no [wo]man can ride or fly and for which the soul begins to ache." ~Alexander Solzehenitsy

© 2016 Laurie Culling. All rights reserved.
Content and images are copyrighted and may not be reproduced.